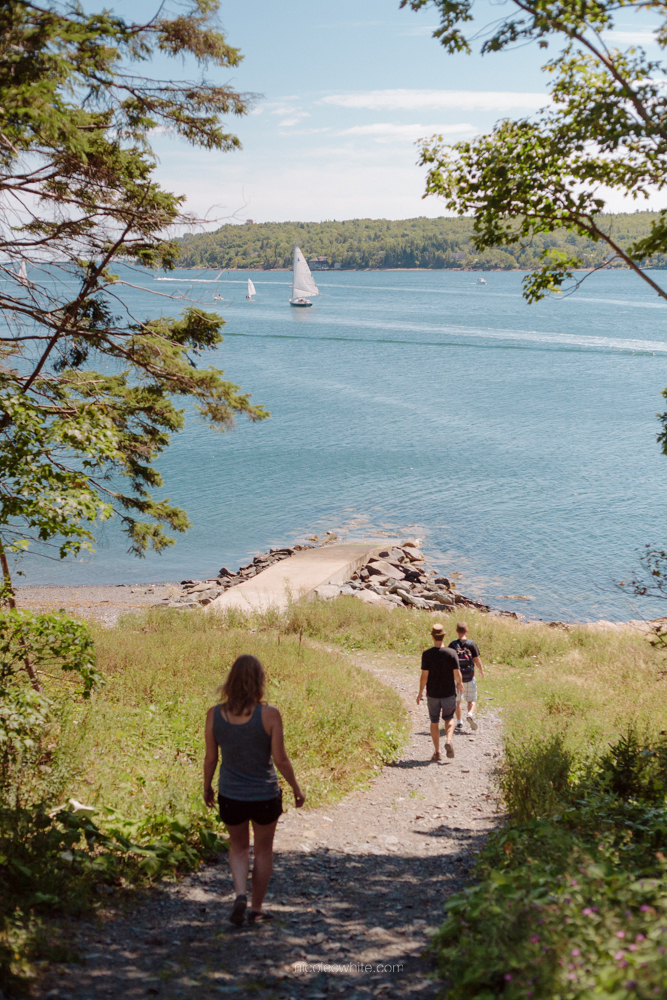 What’s this about digital cameras? For a long while I’d been shooting mostly film, but then I upgraded my little Pentax K-x to a used Canon 5D and I’m in love with it. The Pentax has an APS-C sensor (“Advanced Photo System, Type C”), which means that the sensor is smaller than the standard frame of a 35mm negative, which means that the camera can be 1) smaller and lighter, and 2) less expensive. Nothing wrong with these things exactly, but if you’re switching back and forth between film and digital, the difference between APS-C and full frame can be really jarring. Because the APS-C sensor is smaller it has what’s called a “crop factor,” which actually changes the effective focal length of lenses. My Pentax has a crop factor of about 1.5, meaning if there’s a 50mm lens on the camera, the actual effective focal length is 50 x 1.5 = 75 mm. So, if you happened, for instance, to find yourself shooting similar images with a film camera and then a digital camera, you’d find yourself irritated that to get the same digital shot you’d have to be standing a few feet further away. Most of the time it’s not that big a deal, but it does have effects on image quality, especially if you’re shooting with a relatively shallower depth of field–if you can be closer to your subject with a shallow depth of field, whatever you’re shooting will pop a bit more from the background.

To illustrate this I took a few shots with both my Pentax (to be sold soon!) and my Canon of the same subject, both with a 50mm f/1.8 lens.

Here they are, the same distance away from the subject, an apple picked with my very own hands: 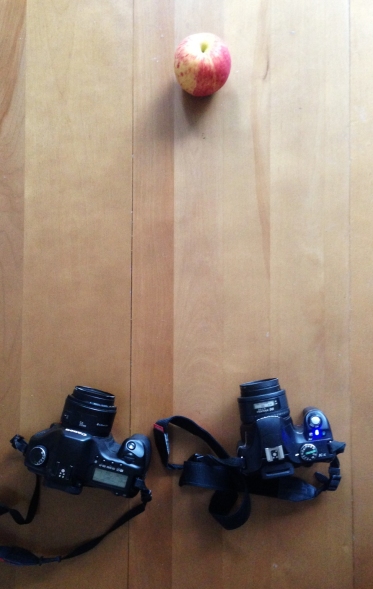 The apple pops a little more from the background in the Canon image, which might have a bit to do with lens quality (though if anything my Pentax lens is the better of the two), but is also because in the larger frame you can resolve the subject from the background more easily. Again, the effect is pretty minor most of the time, but if you like to shoot from a relatively close distance it can make a big difference!

Here’s how the cameras  have to be situated to capture the same frame (the Canon can’t even focus properly from that close):

And here’s the similar pairing after moving the Pentax further away:

This is not to say that Canon is better than Pentax or anything like that, simply to illustrate the crop factor of an APS-C sensor. Before upgrading I read a lot about the differences and lots of it seems needlessly complicated when just a couple of pictures can say it all. The closer you can be to your subject, the less depth compression will occur in your image. You can sort of think of the background as being “further away” the closer you are to your subject, because the lens will be better able to resolve the subject from the surroundings. The further away you get, the more your subject becomes “part of” the background in terms of your camera’s ability to separate the two. Eyes work the same way–imagine resolving your friend from a background of trees from two feet away vs. twenty feet away. In one case your friend will be sharp against all the blurry green, in the other your friend won’t stand out as much because the trees will be more in focus too.

That said, I don’t think there’s anything wrong with APS-C. I shot with mine pretty much exclusively for over 2 years and I loved it, and if I wanted to keep it I’d just invest in a a couple of wider lenses (e.g., 35mm) to get the focal lengths I wanted. But it seems, for me, once you go full frame you can’t go back!